ongoing –
Grammar of Wavelength
responses to  travels, land and sea– a Stephen | Morrison collaboration
originated with support from an Lanntair at Museum nan Eilean and now shown at An Talla Solais and Taigh Chearsabhagh. 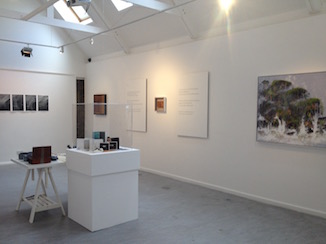 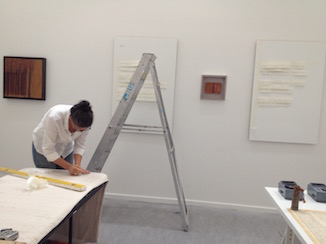 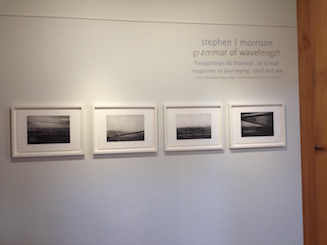 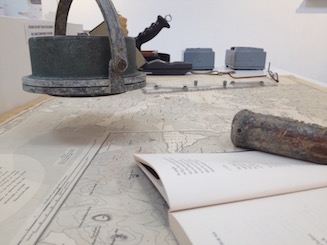 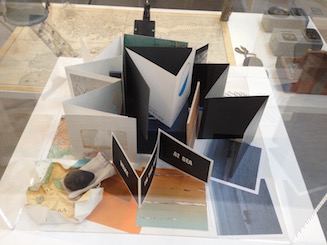 A project created by An Talla Solais, Ullapool. Artists from the Scottish Highlands, London and Galicia were invited to make art on a maritime theme, to fit into a standard small postal box. These were sent from venue to venue in each country. In London the gallery was a barge and in Galicia it was a castle. The exhibition will be re-made in Taigh Chearsabhagh, North Uist, in January 2016.

Ian has been leading workshops on the theme of passing on stories along the sea-routes.

His own contribution is a video which tells of the return of the sloop El Vigo to the yard where it was built - in Vigo, Spain and the discovery of a hidden story by the father and son who sailed their yacht from Strangford Loch to the boatyard of Astilleros Vigos.

The Character of Water

an ongoing collaboration with Christine Morrison and Highland Print Studio

creating photo-gravure prints to chart stories along the sea-routes

the labourer at work in Highland Print Studio

Is A Thing Lost If you Know Where It Is?

installation, with invited  artists, an Tobar, Isle of Mull 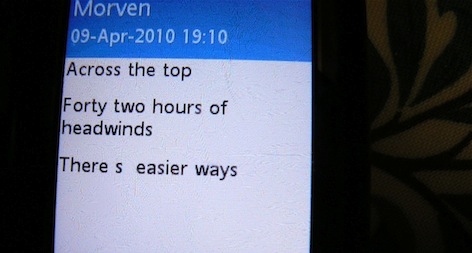 A  text message sent from El Vigo beating across open water, north of Scotland while poet Gerry Loose and photographer Morven Gregor, rowed the Forth and Clyde canal. A review in The Scotsman commented:

'The northerly voyage - meant to last nine hours, but taking 42 - is even harder to encapsulate. A snatch of film of a sunset over rolling seas manages to combine the twin senses of beauty and precariousness, if not its length, but it is Stephen's haiku-like text messages which perhaps capture it best: "Across the top/ 42 hours of headwinds/ there's easier ways." ' 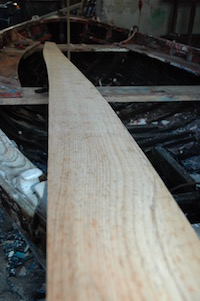 This tiller for Jubilee was laminated from the larch planks which comprise an Orkney boat,  previously shown as an artwork at The Pier Arts Centre, Stromness.  The new tiller helped sail Jubilee to Stromness and was then displayed at The Pier while the vessel was moored outside - the larch reclaimed and commissioned. Other planks form the previous work were ripped to provide material for the gunnels of Broad Bay, an Orkney built boat (1912), fully rebuilt on Lewis. After the last exhibition, the tiller went back into service. The sail will be a storm trysail

This was the first of a series of exhibitions, on the themes of storytelling and voyaging, linking shows at The Collins, The Pier, an Lanntair, Taigh Chearsabhagh, an Tobar, Tent Gallery eca /The Scottish Storytelling Centre and Highland Print Studio.
One Clear Line (with Pat Law and Norman Chalmers) . Scottish Poetry Library installation  on subject of Shiant Islands,2006

Shoreline (east side of Lewis)

It's only one clear line.

One of the unwritten rules

between the sharp upper shape

In this light now

the rocks in air and water

Maroon is a tint

in the charcoal blacks. 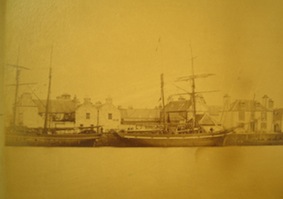 confluence - a logbook, of voyages through three songs 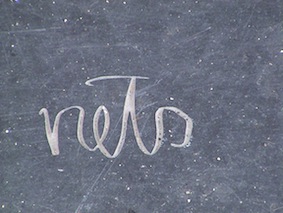 This work was damaged beyond repair in a winter storm.

Vernacular Directions of Sailing (with Topher Dawson) An Tobar, Isle of Mull . 1997