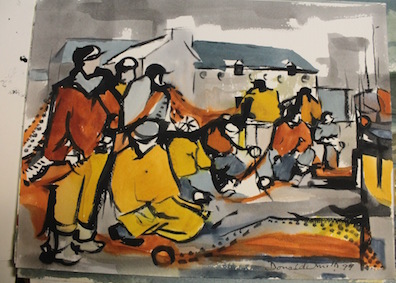 At a time when travels are restricted,  a sailor considers it might be time to try to make some sense of previous experiences and stories encountered along the ways.

The port of departure is a developing harbour in the Outer Hebrides. Stornoway is seen as a place which is not ‘isolated’ but which has always been subject to huge changes in trade, industry and political alliances. An islander who happens to be from a line of storytellers, looks back on the travels which took him far from that home.Voyages are recalled, alternating with accounts of conversations ashore. Inherited narratives, linked to the sighted places, are retold and compared.

The Celtic Searoute from Brittany to the Outer Hebrides

Comparisons suggests that boundaries still shift and so do alliances and trade. Yet the inherited narratives still told along the routes reveal a range of shared concerns.

Do our stories connect us when our ideas of nationhood, sovereignty and independence are like turbulent waters?

Waypoints - seascapes and stories of Scotland's West Coast is the result of many years of exploring the idea that coastal navigation and storytelling have a lot in common. The shape of Garbh Eilean, one of the Shiant Islands (just  about appearing through the mist in the above image)  is a recurring icon in the work. Illustrations and the cover image by Christine Morrison are also indebted to  several years of voyaging together. 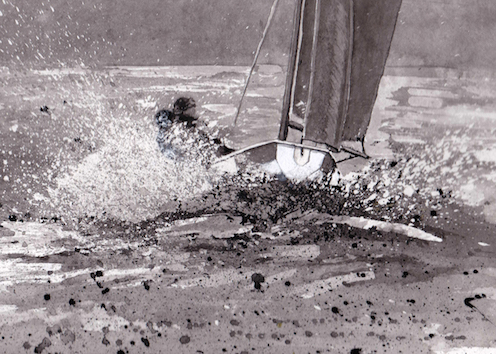 Each section celebrates a craft which has brought me through the seascape linked to an inherited narrative. The book was published by Adlard Coles Nautical/ Bloomsbury in 2017. It was  shortlisted for the Saltire Scottish non-fiction book of the year award, 2017. The paperback was published in Spring, 2018. It has been selected in the  Yachting Year's 'Best books of 2018.'

‘I loved Waypoints. It is a really beautiful book, above  all in its conception, the marriage of telling and sailing, voyages as stories and stories as voyages, something which of course has its Odyssean beginnings, but movingly and saltily real. Metaphors swim in (Stephen’s) wake. Completely effortlessly so that the book at times seems woven like a sail, or scarfed and clenched like a hull, or tied together like a course across a sea —life as ship as sail as journey as a man's life. And the other dimension of it all that I loved is the sense of crowdsourcing in it, drawing like Homer or the Kalevala on deep wells of communal understanding which find their mouths in each new generation, modulating with the ages but still with some kind of artery going down into the past. It is like the Minch speaking.’

Here are two  recent reviews of the paperback edition: 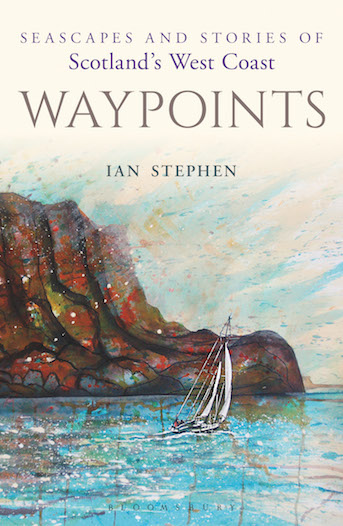 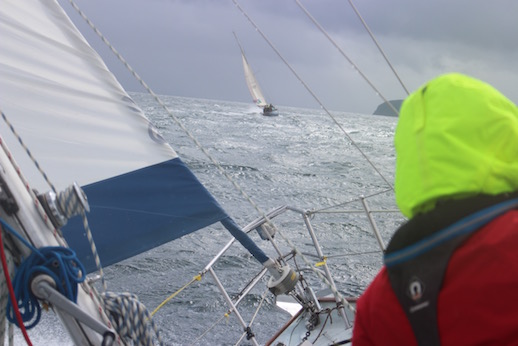 Amy Ryan image of El Vigo beating, east coast of Lewis, taken from the deck of the Contessa 32 Roaring Meg. Amy is a grand-daughter of a former owner of El Vigo and therein lies many a story.

Transits  is the working title of a second book which alternates factual accounts of voyaging with my retelling of a folk-tale set in the geography observed. This time the book is also a portrait of the author's relationship with the sloop El Vigo .

is the working title of my current writing project, funded by an Open Project Award from Creative Scotland.

In one sense my secnd novel will be a free-standing work but it will also fall in place as part of  a planned trilogy. Readers of A Book of Death and Fish (Saraband) will recognise, at times, the voice of the wayward storyteller, Peter MacAulay. 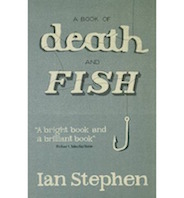 My first novel, available in hbk, pbk and e book 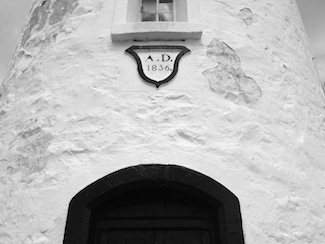 Christine and Ian also worked together on the images and texts from voyages developed in partnership with Museum nn Eilean, an Lanntair, Stornoway, an Talla Solais, Ullapool and Taigh Chearsabhagh, Lochmaddy  as the exhibition, Grammar of Wavelength.
This body of work  led into the illustrations which provide section headings for maritime
– a new and selected poems on sea themes, published by Saraband in 2016. 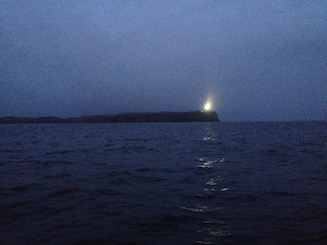 Rathlin dawn
The exhibition and Waypoints were reviewed by Jon Miller in Northwords Now:

'Christine Morrison’s paintings emerged from the Stephen|Morrison residency in Tasmania. Containing hand ground earth pigment, these, in their rough ochres and reds, evoke the blood running in the earth and the brutalities visited on the Aboriginal people further echoed in Stephen’s accompanying poem Ash in the figure of the spiny anteater, the echidna. There are images of grain silos in Saskatchewan taken whilst driving: huge structures acting as landmarks that become lighthouses or waypoints by which someone might navigate across the flat immensities of the Canadian prairie landscape. Others - grainy washed-out, photogravure images of Sule Skerry, Fair Isle, Boreray, Sula Sgeir, all taken at sea level - give the land forms an eerie otherworldliness, like mythical lands, Ultima Thule or those encountered by wandering Celtic monks in the Voyage of St Brendan and are accompanied by a traditional tale particular to that island. Something of an artistic aesthetic appears in Waypoints, as Stephen’s describes how boats go through their various incarnations and restorations, (often individualised by the tastes of their different owners) and how the essential shape (which will also have minor variations depending on location and function) is re-formed and re-fashioned just as tales are with their localised variations thus becoming a ‘living thing’. In this constant re-forming and re-telling, individuals and communities become bound together, a common culture to be handed on to yet more change.'

Ian represented Scotland in Canada as part of the Scottish Poetry Library's  exchange  of 6 Scottish poets with 6 poets from Commonwealth countries.

Christine was funded to travel with Ian and make work in response, thanks to Creative Scotland – a comparison between a 3 night voyage to Shetland and a 3 night train journey over the prairies.

We were hosted by Louise Halfe, a poet laureate of Saskatchewan and 2021 Canada's parliamentary poet laureate and then Louise and her husband, Peter, visited  the Isle of Lewis.

The exchange has fed into comparison of Hebridean and indigenous North American stories in Ian's current non-fiction work, Sea-States. 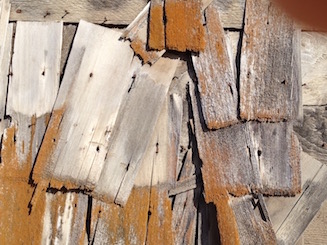